If you’ve got an idea, make 2019 the year you make it happen. We’ve just launched Space for Ideas, an annual competition where we turn four people’s winning ideas into a reality by giving them the chance to win a flagship store for two weeks in April in one of the world’s greatest cities – London, Paris, New York and Los Angeles. This year, we’ve partnered with the small business commerce provider, iZettle and the premium luggage and travel brand, Horizn Studios to bring it to life.

Alongside the shop, you’ll work with a leading design agency to fit out your store and refine your vision. You’ll also get mentoring from the retail experts in our community, who’ll ensure you take your idea to the next level. They’ll be your personal support team along the journey.

So how do you win all this? We’re looking for the most original, ambitious and exciting ideas to bring to life. Think about what the high street is missing and how your idea will make a difference. Why will be people come to your store and how will it make them feel. Why does your idea deserve to win against the thousands of other applicants?

It’s not just us who you need to convince; we’ve got a panel of industry experts who’ll be doing the judging including Dame Natalie Massenet who set up Net-A-Porter, GQ Editor Dylan Jones, Horizn Studios co-founder Stefan Holwe, founder of AKQA Ajaz Ahmed, the co-founders of Warby Parker and Harrys and Diane Von Furstenberg. These innovators have built some of the retail industry’s biggest brands from scratch; they know what it takes to make an idea happen, and what a great one looks like.

If they pick your pitch, we’ll match you to the perfect space in one of the world’s top four retail destinations: London, Paris, New York and Los Angeles. These cities are the breeding grounds for creativity and the ultimate places to open a store. So this year, take a chance, apply to win and show the world what your idea can do. It’s now or never. 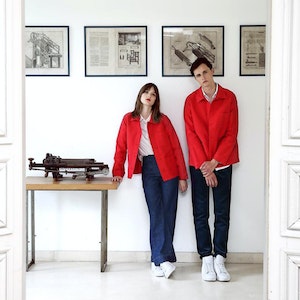 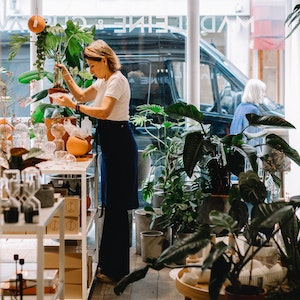