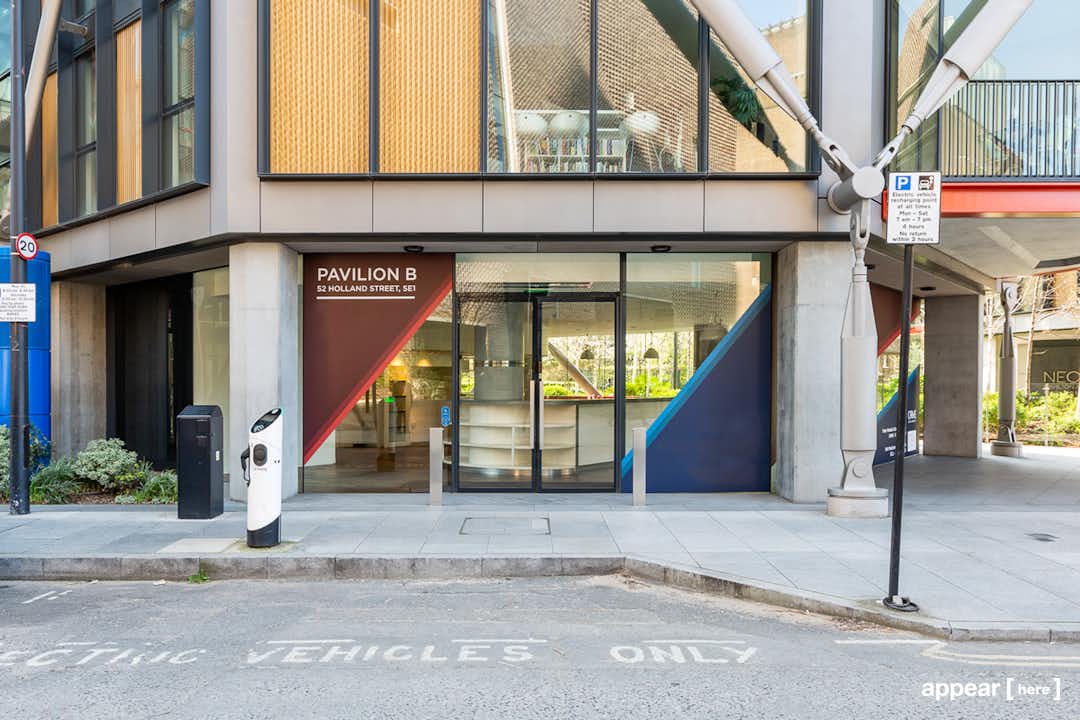 Towering behind the Tate Modern, Neo Bankside is exactly the kind of futuristic, brightly coloured apartment complex you’d expect from the designer of Paris’ Pompidou Center. Wrapped around the base of one of these award-winning “pavilions”, this glass-walled, open-plan F&B space is perfectly placed to catch the eye of local residents and the millions that visit the Tate Modern each year.

As one of the world’s most-visited art galleries, Tate Modern has over five million people passing through its doors every year, and the cluster of eateries and cafes around you offers them somewhere to fuel their culture fix. Weekends are by far the busiest times here, but you’ll have Neo Bankside’s residents around you day in, day out, plus people who work in the surrounding software companies and architecture firms during the week. Southwark station is a six-minute walk.

The Gail’s Bakery to one side of you does well with the lunchtime and early afternoon crowd. To your other side, Carluccio’s is more of an evening draw. You’ll also be near Italian restaurant and deli Capricci, plus there’s a Starbucks and Wagamama down the road.

A1 and A3 licenses, has extraction but no alcohol license – you’ll have to have your own.

The space isn’t directly on a high street.