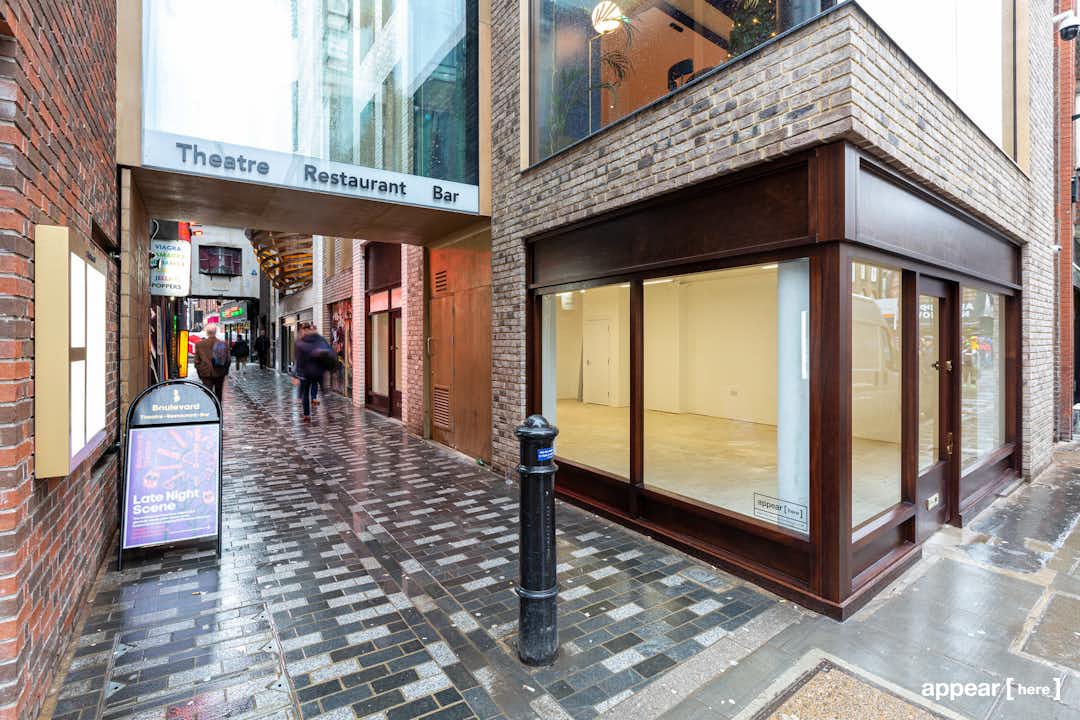 Occupying a prominent corner spot on Peter Street and the recently redeveloped Walker’s Court – home to Soho’s newest venue, the Boulevard Theatre – this refurbished, white-boxed shop to let is ideal for brands wanting to launch in front of Soho’s stylish young crowd. Over the road, Supreme still gets people queuing round the block for its weekly new collection releases and cult brands such as MC Overalls, Champion and Folk all call this area home, so this space would work well for streetwear ideas, or fashion and accessory ideas that will appeal to young consumers.

You’ll be on a well-worn pathway between Brewer Street and Berwick Street’s cult brands, such as Folk, MC Overalls and Champion, so you’ll see plenty of fashionable young shoppers in this spot. Skatewear brand Supreme gets young, predominantly male, fans snaking down the street for its new collection drops every Thursday. From Mondays to Fridays, you’ll see plenty of Soho’s media professionals and creatives grabbing food and shopping for rare vinyl on Berwick Street. At weekends, Londoners, locals and tourists are out and about exploring Soho’s cool brands and independent boutiques. Piccadilly Circus station is a five-minute walk away.

One of London’s best comic shops, Gosh!, is opposite on Peter Street, with Supreme a couple of doors away. The West End’s oldest tattoo parlour, Diamond Jack’s, is behind you in Walker’s Court. Cool hair salon Bleach’s Soho branch is nearby, as is Reign Vintage. You’ll find other streetwear fashion stores Palace and GCDS around the corner on Brewer Street.

Tenants are required to hold a minimum of £1m public liability insurance.

There isn't a fully developed retail parade opposite, as the building is still under development. The unit doesn't have a toilet.