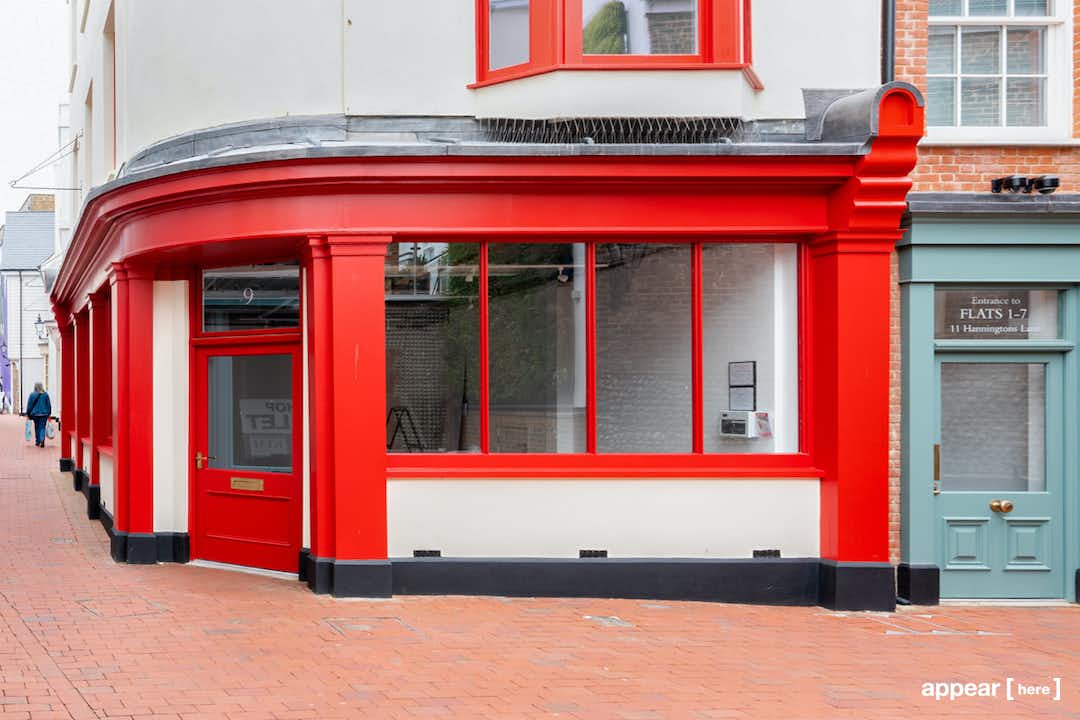 Shopping streets don’t come much prettier than Hanningtons Lane, Brighton’s brand-new addition to The Lanes - the seaside town’s go-to spot for interesting and independent ideas. This pillar box red retail space is white-boxed and ready-to-go, and will put you right opposite The Flint House, a popular new restaurant from the folk behind local eateries The Ginger Pig and The Ginger Fox.

As well as putting you in the path of the eight million locals and tourists that come to The Lanes every year, Hanningtons Lane will also house offices and apartments, so you’ll have a regular crowd of workers and residents here, too. New restaurant The Flint House and its sought-after sun terrace are already a hit, so expect to see plenty of diners here, especially towards the end of the week and at weekends. Brighton railway station is a 10-minute walk.

Some of the shops are still unoccupied, but you’ll be opposite The Flint House, the latest venture from local company The Gingerman Restaurants Group, and sharing the street with artisan ice cream makers Brass Monkey.

There is a compulsory cleaning fee for bookings in this space.

You can make changes to the space, but will need the landlord’s permission first.

Minimum of 2 weeks for bookings in November and December.

This is a brand-new development, so it might take some time to get established.

Minimum of 2 weeks for bookings in November and December.