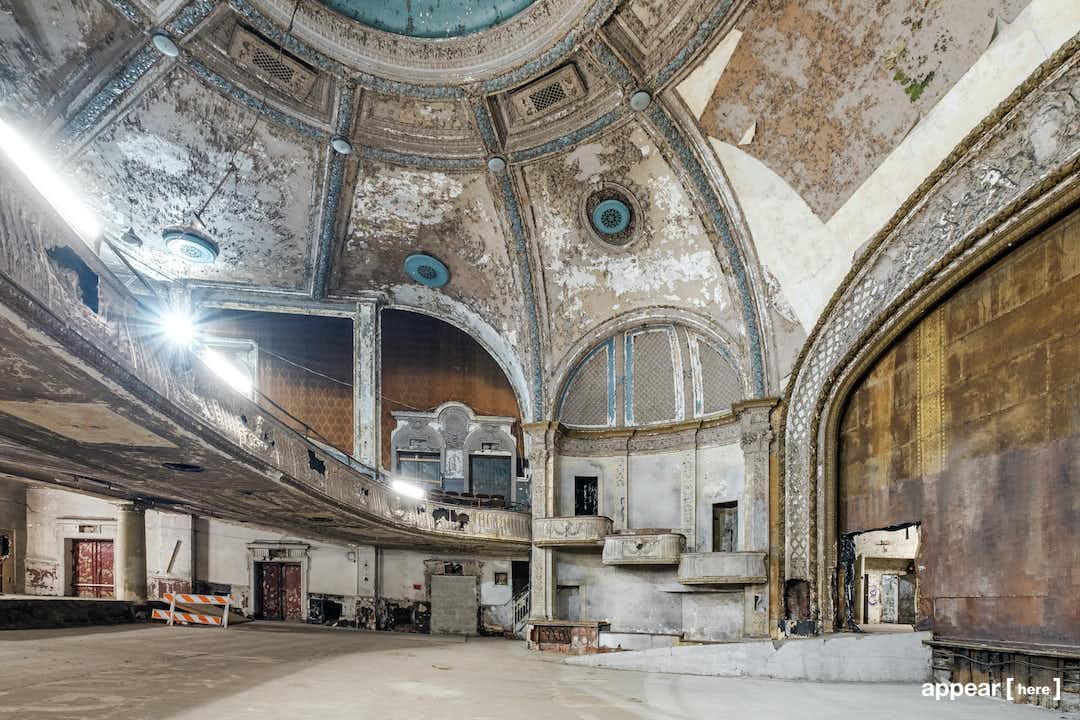 Located on the corner of Broadway and West 146th Street in the Hamilton Heights section of Harlem, this incredible old theater first opened in 1913 and was one of the first movie theaters in New York to exclusively show “talkies” instead of silent movies. It would be ideal for pop up events, films, concerts, parties, and so much more.

Harlem is one of the most important neighborhoods in America, with a long and storied history. People as diverse as Normal Rockwell, Al Pacino, Louis Armstrong, Billie Holiday, and Alexander Hamilton all called Harlem home at some point. The theater is near both Riverside Park, Riverbank State Park, and of course Alexander Hamilton’s family home, which tourists and fans of the musical Hamilton visit often. The 1 train at 145th St is just a block away.

Your neighbors are the Hamilton Bakery, the Broadway Wholesome Food & Beer Garden, Aden One Deli and Mamasushi. Cocktail bar The Honey Well is two blocks away. Harlem Public, Hamilton Eatery and the Sugar Hill Cafe are close as well.

The theater was abandoned for a long time, so the interior is not pristine, but it’s still uniquely beautiful.