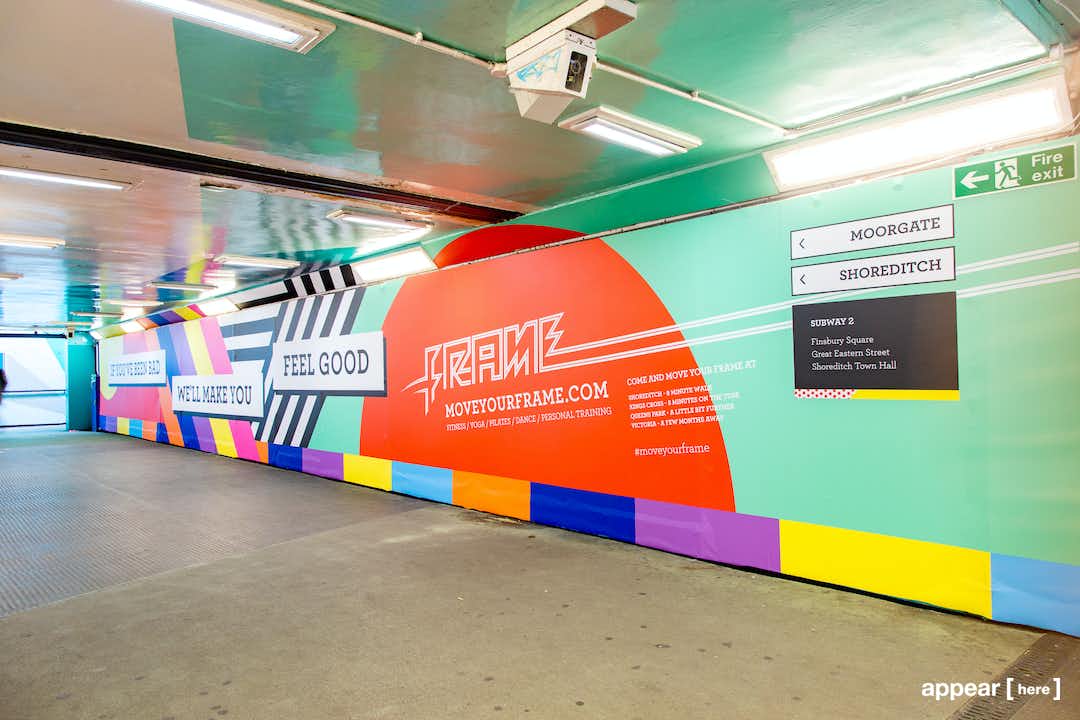 Old Street attracts a mixed crowd, from City workers to those working in what Wired magazine calls the “fastest-growing tech cluster” in Europe. Get your brand in front of thousands of commuters a day who otherwise may not have heard about who you are. Expect more visibility during peak travel times, between 8-10am and 5-8pm throughout the working week.

You’ll place your idea in front of various pop-up stalls and shops, cafes and an independent bookshop. Looking for shop space? View our other spaces available in Old Street Station here.

Netflix transformed this space in January 2018 for Black Mirror season 4.
Adidas appeared here in March 2016, to promote the launch of their Futurehouse pop up.

The tunnels are only accessible to Tenants booking an Old Street space through Appear Here.

TfL will require RAMS and Method Statements along with fire-proofed visuals (such as vinyls) and proposed fit outs two weeks before residency for sign off.

Full design specs and decoration plans need to be provided and approved by the Landlord beforehand.