How Dirty Lemon took the beverage industry by storm

Dirty Lemon has taken the beverage industry by storm, with its health-conscious brand of waters and lemonades winning plaudits from places such as Vogue, Forbes and the New York Times.

Looking to provide an alternative to a market saturated with sugary options, Dirty Lemon, which contains less than one gram of sugar per drink, and its unique flavours are designed to turn the head of a more health-conscious soft drink buyer. Take the Dirty Lemon Charcoal, which improves digestion and claims to “gently cleanse your system of impurities” — it’s a drink that calms your stomach after a heavy meal. Or what about the Dirty Lemon Ginseng? It’s built around green tea ginseng and perfect for somebody looking for a pick-me-up energy boost after a long day at the office.

These health drinks are sold with a direct-to-consumer model that also prioritises “conversational commerce” by selling the latest Dirty Lemon beverages direct to regular buyers via text message. Although 90% of its sales might be through direct sales, Dirty Lemon has also intelligently grown its brand awareness by launching a series of physical pop-ups including a non-alcoholic cocktail bar at New York City’s The Ludlow Hotel as well as a Valentine’s Day Flower shop on the lower east side to bring attention to its new rose drink flavour. The latter pop-up, which ran for three days, sold roses by the bunches and even had an Instagram booth where people could take photos surrounded by roses, with all proceeds going to charity.

Perhaps its most innovative move was opening its first permanent store in New York’s Tribeca neighbourhood. It is completely unstaffed and described as a “walk-in vending machine”, where shoppers simply use their smartphones to pay for orders and then walk out with their chosen drink. Speaking to CNBC, Dirty Lemon’s CEO Zak Normandin has said: "The big vision for our company is to disrupt the way beverages are distributed to consumers. We want to be where people live work and play."

With all of its success in the U.S. market, you should expect the Dirty Lemon brand to expand internationally too. Since Dirty Lemon launched its first product in 2015, they have sold over two million bottles, and we wouldn’t bet against Normandin in making many more people trade their cans of fizz for a bottle of Dirty Lemon. 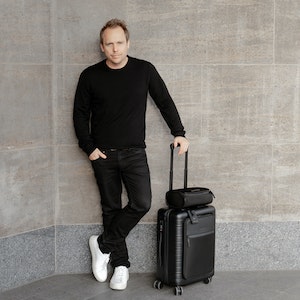 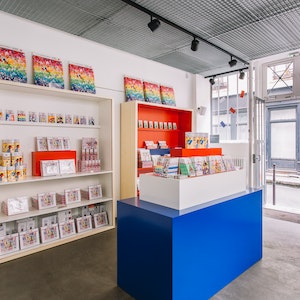