Why Empirical want Jazz in the Underground 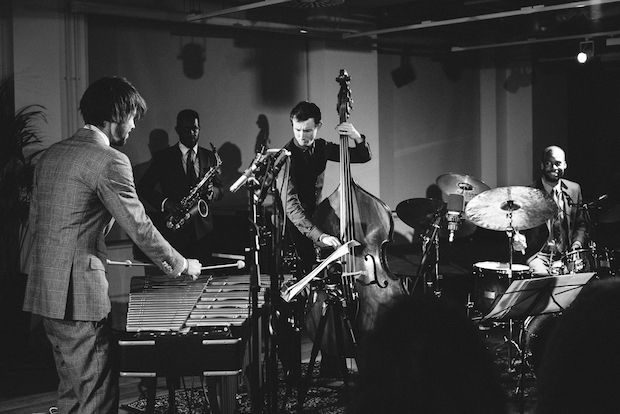 From the glamour of the concert hall to the hustle of Old Street Station, the jazz group, Empirical, have decided to put themselves to the test and take on the London Underground. This coming week, they’re turning one of our station spaces into a pop-up jazz lounge.

With a reputation for risk-taking in their music, Empirical hope that this radical approach of taking their music directly to Londoners on their daily commute or lunchtime break will help them connect with new audiences. As Tom Farmer from Empirical explained, “the aim of this project is to promote jazz music and Empirical’s take on jazz music to all those people who either don't know about it or think they do, but have a misconception.

The band will be playing live sets for lunchtime and evening commuters, there’ll even be a special 8am mid-week performance for any early birds. Late night sessions are scheduled for Thursday, Friday and Saturday – and what’s more, all gigs are free of charge.

Empirical are also hoping to engage a younger audience by offering local schools and community groups to sign up to free educational workshops, demonstrating the principles of jazz improvisation.

Empirical plans to take their pop-up lounge nationwide, appearing in places not normally associated with jazz in major cities across the UK. The concept was originally tested with a 6-day stint at Foyles bookshop – the success of this convinced them to take to the road again.

Farmer added, ”last year we ran a 6 nights of concerts at Foyles Bookshop on Charing Cross Road. It was brilliant! By the final days we had an audience of over 200 for our shows. We decided to do it again, except properly this time. We looked at lots of places, but as soon as we found the space in Old Street Station we had a vision: a culturally vibrant part of London, tens of thousands of commuters and a bright space right in people's eye line – it was an instant decision!"

Taking influence from the 1960s, when bands often played several live sets a day over many weeks, this residency concept gives the band a week of intense practice whilst uniquely allowing their audience to witness Empirical’s creative process. Over the course of week the band hopes to develop new material and push their creative boundaries.

To book this space

Why workshops in-store are good for retail

How To Crowdfund Your Shop